Our Member companies are a global success.

By Graziella DiNuzzo
Dante Pietrinferni was working as a Production Manager at Mechtronics Industries, a machine building company, when Mr. Ward discovered him and offered him a job. It was 1992 and with only six employees, Pacproinc® was designing and manufacturing automatic, high-speed interleavers and stackers, eventually obtaining a patent for their   “Inline Foldover” method in 1995.

Pietrinferni became President of Packaging Progressions in 2011.
​
“Our machines operate at the highest speeds, we have superior customer service and  the most industry expertise. We were first to market and consider ourselves number one in the world,” smiles Pietrinferni.
“We had various levels of success in Europe through 2000, until Mr. Sleeger decided to reverse engineer our machines and make his own version. He essentially took over our European market.”

In July 2019, Pacproinc® was acquired by Middleby Corporation, a global leader in the foodservice industry.

“The benefit that excites us the most is being able to leverage Middleby’s international assets to help us sell our products all over the world. Our biggest challenge to selling internationally was our lack of service and sales support within a territory. International customers were reluctant to buy from a company that did not have a local presence and provided support from the U.S.”

In 2019, Pacproinc® sold their machines into Canada, Malaysia, Peru and the U.K.
​
“We have sold parts, materials and machines to Australia, Thailand, Israel, Jordan, Saudi Arabia, Germany, France, the Netherlands, Denmark, Sweden, Poland, Canada, Peru, Mexico and the U.K. “
Pietrinferni recalls a meeting organized by WTCGP and the Korean PA Authorized Trade Representative, “We were meeting with a South Korean company, in a Greek restaurant in Germany. The South Koreans  seemed angry. By learning some cultural awareness from our WTCGP contact, we understood that was just their communication style.”

As the food industry grows to changing consumer demands, Pietrinferni understands that Pacproinc® will need to adapt.

When Robert Hutchison, President and CEO of Visual Software, attended a networking event hosted by the World Trade Center of Greater Philadelphia, US Commercial Service and Bucks County Community College, he met Victoria Senome, President of the African and Caribbean Business Council.

“Victoria said our software would be revolutionary in Africa,” said Hutchison, “and I am learning firsthand that she’s right.”

Two weeks later, in October 2018, Hutchison found himself on his first trip to Lesotho, Africa, with a mission group from the National Baptist Convention and meeting with the minister of education who welcomed him with open arms.

Since then, Hutchison has made four trips to six countries in Africa, Jordan and the Kurdistan Region of Iraq…and he’s getting ready to leave for Africa again next month.

“Globally, we had already worked in Australia and England, but what led me to Africa was a desire to use the software we developed to maximize impact, not profit.”

Hutchison is now on a mission.

“I had been praying about how to use our products to make a significant contribution to the world, and then opportunities in Africa opened up.”

IT has always been Hutchison’s calling. His 40 years in the computer / software industry includes working at Bell Laboratories on the UNIX Operating System project, and developing advanced mathematical modeling software for internationally known clients. He also created an advanced warning system for one of the largest telephone systems in the world and written three textbooks.
So with no electricity, how does a poor village power up computers?

“We are working with solar equipment providers to create a low-voltage solar energy package that supplies the needs of schools and clinics without generating the heat normally associated with such systems,” Hutchison explains.

Robert Hutchison wheels out a black metal rolling cart with several shelves. He places a laptop on top of the cart and lifts it to point out the encased heavy rubber covering.

“Students will use hardened laptops, tested to the Military standard 810G for durability and resistance to moisture and dust. The carts will hold the equipment inside and the outside will be fitted with solar panels. Wireless networking will connect to the Internet. The cart can be wheeled between rooms. Having all components pre-packaged eliminates much of the work of deploying the solutions in these remote locations.”

And what about wireless connectivity?
​“Having nearly universal wireless connectivity throughout Africa was initially one of the factors that opened the door for opportunities such as these. Much of Africa is still hard to get to via typical transportation methods, but at least in terms of information, connecting these rural communities has become much easier. It’s surprising how well-connected Africa is – in some countries, they even have 5g connectivity."

The Visual Software team had to re-write the software for low bandwidth, in consideration of markets like Africa with high internet access costs. “In Africa, Internet customers pay for their wireless internet data by the gigabyte; there are no unlimited data plans as is common in the US. As of May 2019, data rates for 10GB of data range from USD $8.37 (Egypt) to $279 (Equatorial Guinea).“

In Sierra Leone, there is a hospital called Emergency, established by an Italian NGO in 2001. To date, Emergency has treated 798,496 patients and was a critical resource during the Ebola crisis – all without technology.

“Outside the hospital in Sierra Leone there are extreme environmental challenges, like dirt, mud and flooding from monsoon rains but inside the hospital is spotless. They even have white PVC encased doors so they can be wiped down. But they still log all of their patient blood tests in big ledger books.”
What’s next?
​
​“Visual Software recently connected with several of the PA Overseas Authorized Trade Representatives ATRs during our recent September 19 and 20, 2019, Bringing the World To PA (BTW2PA) events in Philadelphia during their one-on-one ATR meetings to discuss market expansion in the UK and Australia, as well as market entry strategies for Scandinavia, the Czech Republic, Jordan and the United Arab Emirates (Arab Gulf region). Visual Software has already done some great work in Australia with many more opportunities to expand upon their initial success,” said Dale Foote, International Trade Specialist for the World Trade Center of Greater Philadelphia.

In Iraq, Hutchison’s team is currently working on software that will be used to reconnect families dispersed by war and chemical weapons attacks.

​Robert Hutchison and his team are transforming lives, one byte at a time.

Click here for more information on Visual Software’s Sustainable Solutions. ​​
​By Graziella DiNuzzo
​
Did you ever look at the interior of a car and wonder how it was made, or why the paint is so shiny? Most likely not. After visiting with member company Van Horn, Metz & Company (VHM), I look at these things differently.

“Take a walk through Home Depot,” says President Barry Fisher. “It is safe to say that at least one or more of the raw materials we sell was used to make just about everything in the store.”

From Pigments like Iron Oxides and Titanium Dioxide to Additives like UV Stabilizers and Hyperdispersants and Resins like Epoxy Esters and Low VOC alkyds to Dyes like Lake Pigments and FD&C, and Extenders like Attapulgite Clay and Barium Sulfate…whew…VHM has everything the Industrial markets need to formulate their products.

Anamaria Tanase, Market Development Manager for Van Horn, Metz & Co. agrees that sorting through their vast product line is overwhelming for folks outside the industry. “Think of baking a cake,” she says. The ingredients the customer may need are some Pigment, Additive, Resin, Extender, etc. …mix it all or some together and the end result might become a bio-based sealant or paint for your deck.

Navigating through VHM’s product line may also be daunting for new and established customers as well, which is why VHM has a team of 18 specialized technical experts with vast industry experience, training, and education, to assist with product development every step of the way from production to placement. The VHM team is located across the central and eastern US, and their logistics and warehouse capabilities include 12 warehouses and six sales offices.

“We bring value with the products we sell,” says Mr. Fisher.  “Our team develops long-standing relationships with our customer’s team to ensure they get it right the first time.”

The VHM story began in 1950 when Harold Van Horn and Donald Metz joined forces to form Van Horn, Metz. The idea for their business came about while the men were working on camouflage paint formulations for the US government during World War II, beginning the journey for VHM to become the leading specialty raw materials distributor in North America.

As distributors for over 25 renowned companies including Chemours, Evonik, Cargill, Lubrizol, and others, VHM maintains its position to provide the most advanced products – safely.
​
“All personnel are required to complete Hazmat training. Handling chemicals is taken seriously,” adds Mr. Fisher.

VHM is a long-standing member of the National Association of Chemical Distributors (NACD) and recently passed its sixth NACD Responsible Distributor verification.  VHM also belongs to the American Coatings Association (ACA), Society of Plastics Engineers (SPE), the Federation of Societies for Coating Technology and the World Trade Center of Greater Philadelphia (WTCGP).

“It was six years ago that we began exporting,” Mr. Fisher explains. “We are currently doing business in Canada, Germany, Brazil, Mexico the UK and China.”

Mr. Fisher is a member of the WTCGP Advisory Council. “WTCGP has been a help for VHM, most importantly, it was our introduction to White and Williams law firm that has given us the critical legal advice we need to continue our work internationally.”

Mr. Fisher also credits a Temple University intern who joined the VHM team almost a year ago. “Fresh eyes are helping us with our inventory management and our supply chain challenges.”
The Greek Philosopher Plato once said that necessity is the mother of invention. Each year thousands of products are invented and for those that succeed, VHM may have a little something to do with it…not to mention the ink to print this article.

https://www.vanhornmetz.com/
“Dad also had a drafting board set up at our house. I enjoyed watching him prepare house plans for side renovation projects,“ recalls DeLizza.

Born and raised in the Port Richmond section of Philadelphia, DeLizza learned to respect hard work while helping at his family’s neighborhood sandwich shop. ​​​Read more. 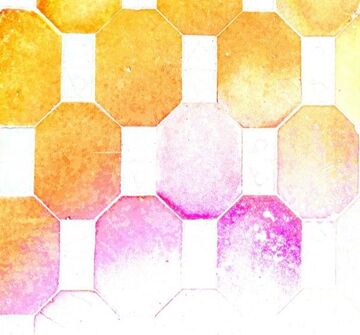 ​Bill Leinweber, President and CEO of National Disease Research Interchange (NDRI) admits that NDRI’s work is complicated, because medical research is complex. For nearly 40 years, NDRI has accepted the challenge of meeting increasing demands of the medical research community, who rely on high-quality, healthy, and diseased biospecimens to conduct lifesaving research.

“There is not another organization that does everything we do, “explains Leinweber. “We serve researchers across the full spectrum of the life-sciences and provide everything from brain to miniscule tissues that scientists may need.” Read more. 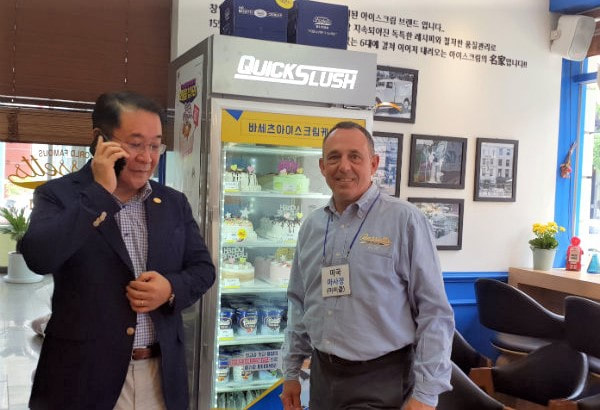 ​In 1861, using a mule-turned churn on his farm in Salem New Jersey, Lewis Dubois Bassett invented what would become America’s oldest ice cream – Bassetts. And it’s safe to say that Mr. Bassett was not thinking of selling his ice cream to South Korea or anywhere outside of Philadelphia, Pennsylvania,  at that time. Read More. 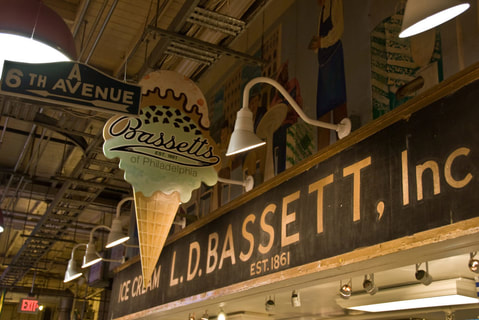 How These 4 PA. Companies Found Success in Exporting​

According to the Greater Philadelphia Export Plan, launched by the Economy League of Philadelphia and the World Trade Center of Greater Philadelphia (WTCGP) in April 2016, manufacturing and services firms that export enjoy higher revenues, faster growth, a stronger labor pool and higher profitability than non-exporters. Read more.